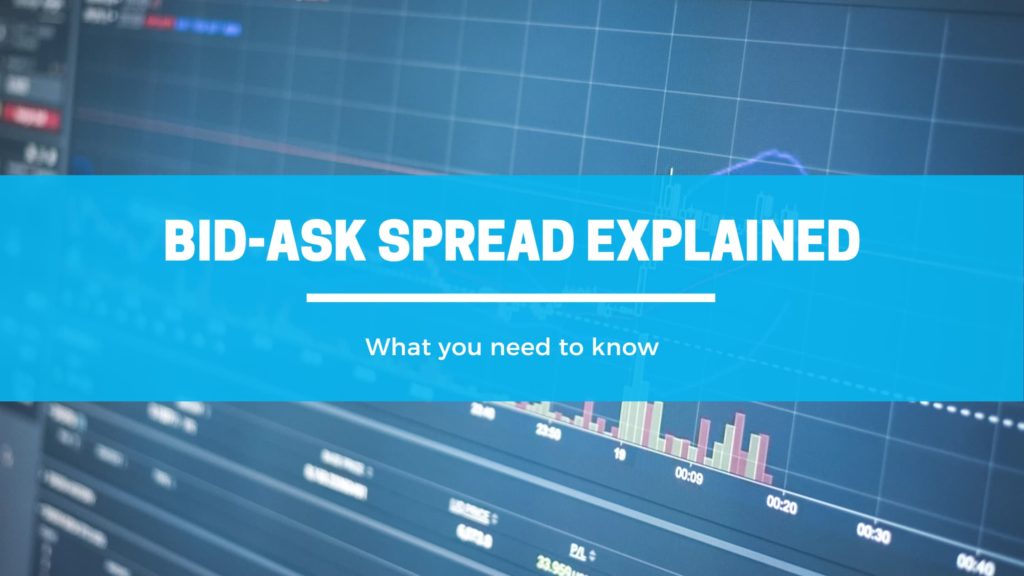 If you’ve ever come across the term ‘bid-ask spread’ and just never fully understood what it was, you’re in the right place! In this article, we’re going to cover all you need to know as a beginner about the bid-ask spread: what it is, how it’s calculated, its role in the market, and more, so if you’re eager to find all that out, read on!

The Definition of Bid-Ask Spread

Bid-ask spread is the difference between the prices quoted for an immediate sale and an immediate purchase for a stock, currency pairs, or futures contract. In other words, it’s the amount by which the ask price for a market asset exceeds the bid price. Or, you can say it’s the difference between the highest price a certain buyer is willing to pay for an item and the lowest price a certain seller is willing to take is known.

Note: Bid-Ask Spread trades are commonly used in forex, commodities, and interest rate yields, but they may be done in practically any asset.

The Role of Bid-Ask Spread in the Market

You can think of the bid-ask spread as a gauge of supply and demand for a specific asset. The ask represents supply for a stock, while the bid represents demand. Therefore, when these 2 prices diverge, the price action signals a shift in supply and demand.

To be able to wrap your head around why a bid and an ask even exist, you must consider the 2 key players in any market, which are the trader (price taker) and the counterparty (market maker). A market maker offers to sell assets at a specific price and also bids to buy a security at a specific price. When Investors make trades, they’ll accept 1 of these 2 prices. This is dependent on whether they want to purchase or sell the security.

Spreads are the main transaction costs, which are collected by market makers   through the natural flow of processing orders at bid and ask prices. If brokers say their revenues come from traders crossing the spread, they're referring to this.

Assets that have a narrow bid-ask spread are usually in great demand. Assets with a broad bid-ask spread, on the other hand, may have lower demand, which causes wider price differences.

When trading spreads, we don’t recommend that you employ a ‘market order,' as this will result in the spread opportunity being missed. Instead, we recommend you use a ‘limit order,' which allows you to choose the entry point.

As we know, price takers demand liquidity, while market makers provide it. The bid-ask spread is widely used as a metric for market liquidity, as its size fluctuates from an asset to another mostly due to the liquidity of each asset. Some markets have more liquidity than others, and their lower spreads reflect this.

Wide bid-ask spread means risky and less liquid securities. When there’s a high spread, trades may not execute as frequently, and if they do, the price can swing quickly if compared to stable securities that just move a little bit.

Bid-ask spread can also indicate how risky it appears to a market maker to offer a trade.  Options and futures contracts, for example, can have bid-ask spreads that account for a substantially bigger percentage of the price than they do in equity trades or forex trades. It’s true that the spread's width can be determined by liquidity, but it can also be determined by how quickly prices can move.

Due to a variety of factors, the bid-ask spread can be rather high. Liquidity is crucial; the spread will be tighter when there’s a substantial level of liquidity in a certain market for a security. Stocks like Apple, Microsoft, and Google, which are actively traded, will tend to have lower bid-ask spreads. On the other hand, a bid-ask spread to unpopular assets may be wide on a given day. Small-cap equities, for example, may have smaller trading volumes and lower demand.

A very liquid market for any security is required, or else there may be no optimal exit point to book profit in a spread trade. A demand-supply friction should be present in that security, as this increases the odds of a wider spread.

Not only that, but it’s also used when a security contract that has 1 expiry date is bought and another contract with a different expiry date is sold on one exchange, which is known as a calendar spread.

When it comes to bid-ask spread, there are ways to avoid them, but the majority of traders are better off trading under the tried-and-true system, even if it costs them a small portion of their profit. Don’t forget to study the ins and outs of the bid-ask spread. Also, look for spreads in either percentage or absolute terms for each security. If the trade is on margin, it’s better to use the spread percentage.

While advanced strategies are meant for experienced traders, that doesn’t mean that novices can't use them, but they’re probably better off sticking to the basics.